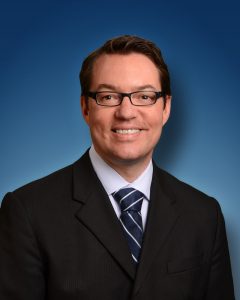 As September draws to a close, so does this year’s “Sepsis Awareness Month.”

With the hopes of extending attention beyond this month on a condition that kills someone every 2 minutes in America, we reached out to Sean Benson, Vice President and General Manager of Specialized Surveillance, Wolters Kluwer Health, to learn more about sepsis’ impacts and the factors hospital administrators ought to consider when creating an effective plan of action to improve health outcomes and lower cost at the same time.

Mr. Benson co-founded ProVation Medical, now part of Wolters Kluwer Health, in 1994. He has been closely involved in most areas of the company’s operations, including Research & Development, Product Management, Sales, Marketing, Business Development and Client Services. Most recently, he has overseen the company’s newest clinical surveillance platform, POC Advisor.

(Editor’s note: To hear audio excerpts of this interview, click on the media player buttons that run throughout this article.)

I. The current state of awareness of sepsis

Benson provides a general description of the state of sepsis awareness within the general public as well as the healthcare industry.

Notable quote: “[Sepsis] is the single most expensive condition treated in U.S. hospitals every year.”

II. The ambiguity of sepsis

Benson discusses the evolution of sepsis definitions. He also goes on to elaborate how early and accurate detection is key to better patient outcomes and lower expenses for hospitals.

Notable quote: “The better the systems can do at early, accurate detection and treatment, I think that it’s better for patients and better for the bottom line.”

When asked, about the adoption of sepsis as a core measure, Benson outlines how CMS may offer healthcare organizations in the future both a carrot, and a stick, relative to sepsis treatments.

Notable quote: “When something becomes a core measure, that sets the stage for it to be potentially part of pay-for-performance programs in the future.”

IV. The impacts of sepsis on the bottom line, now and in the future

Benson breaks down three groups of technology that are typically used to discern sepsis, citing some of the benefits and shortcomings of each categories:

VI. The challenges of aiming technology at sepsis

Benson describes pain points that surrounded sepsis detection in the past, specifically those associated with erroneous alerts based upon poor sensitivity and specificity calibrations.

Notable quote: “Clinicians will receive so many false alerts that they’ll ultimately just start to ignore whatever system it is they are using, and any effectiveness kind of goes out the window.”

False positives have been the largest problems with EHR-based sepsis initiatives. According to Benson, the “deluge of false positive alerts” cause many organizations to abandon their systems in terms of sepsis detection.

Notable quote: “We feel that a lot of these health systems have to go through that process before they’ll look to outside, third-party vendors for solutions.”

The price of technology often dictates whether or not it may be a feasible consideration when selecting sepsis solutions. Benson reveals how POC Advisor:

Notable quote: “By lowering lengths of stay for patients, that saves a lot of costs from the hospital’s perspective.”

Huntsville Hospital and Halifax Health have both used POC Advisor for some time within their sepsis detection efforts. Benson describes three key “areas of discovery” that occurred at these facilities:

Notable quote: “They had this tool to use, and to take information to the doctor, that would give them confidence to take a particular stand on how a patient should be treated. That was a real, pleasant surprise.”