Pharmacy: From guesswork to laboratory precision

The International Pharmaceutical Federation (FIP) is celebrating World Pharmacists Day on September 25 in a fun, modern way. The FIP invites pharmacists to show their support by posting social media pictures with the official FIP Twibbons or specially designed “I care for you” placards in alignment with this year’s theme, “Pharmacists: Caring for you”.

The ancient profession has come a long. Let’s take a quick look at its progression.

In 4000 B.C. the Sumerians used licorice, mustard, myrrh and opium to treat pain.

In ancient Egypt, a papyrus dating from 1500 B.C. reveals that 800 prescriptions and 700 drugs were in circulation.

In ancient China, documents reveal that plant-based drugs were administered as early as 2000 B.C.

Globally, signs and records unveil the study of medicine throughout the ages; but, it was the Arabs, building on Greek tradition, who first separated apothecaries and their duties from those of physicians. From that distinction, European countries influenced by Arabic traditions, created the first public pharmacies in the 17th century.

In 1751, a pharmacy was included in America’s first hospital in Philadelphia. In 1820, the United States Pharmacopeia — the country’s first national book of drug standards — was published. Two years later, the American Pharmaceutical Association was born. However, despite the new standards, preparation of plant-based drugs was not uniform until the late 19th century, when alkaloidal assays and other techniques were devised to ensure quantity and quality.

Drug distribution to patients got a lot easier after French pharmacist Stanislas Limousin invented the medicine dropper, oxygen bottle and sterile vial that hermetically sealed liquid drugs against bacteria and other contaminants.

Since then, our involvement and use of pharmaceutical drugs has skyrocketed. It’s estimated that spending in the pharmaceutical market will increase to about 1.4 trillion U.S. dollars by 2020. 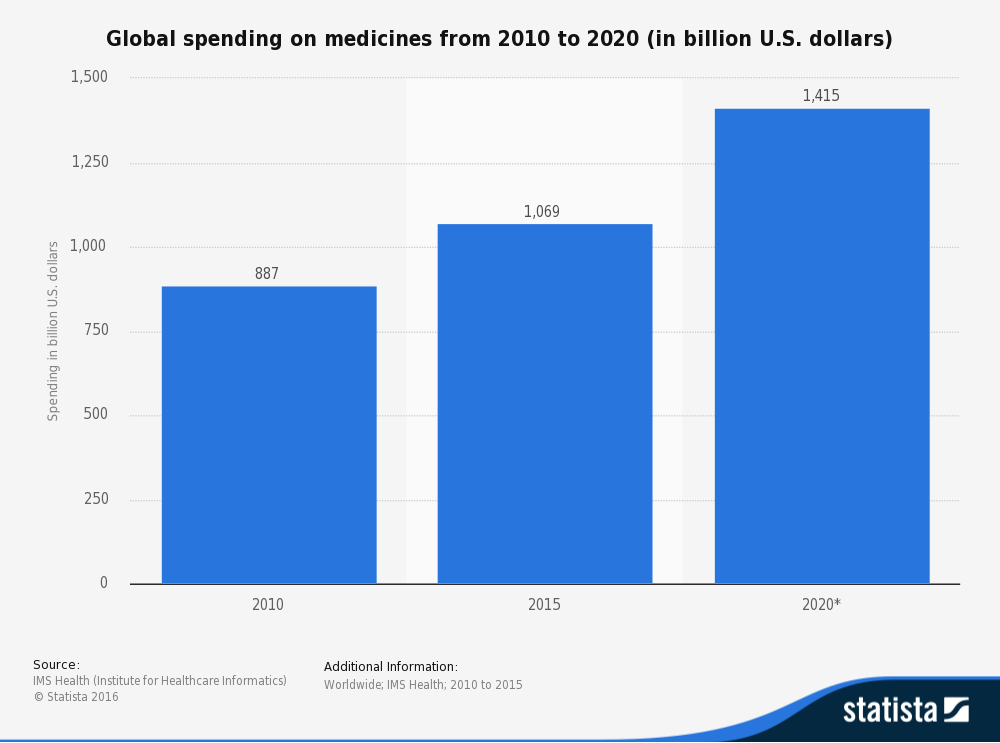 Today’s growth in medicine usage is attributed to the ability of Pharmacists to accurately and effectively treat illnesses, thanks to Penicillin. In 1928, after returning from a vacation in Scotland, Dr. Alexander Fleming noticed that a mold, Penicillium notatum, had contaminated petri dishes in which he was growing colonies of Staphylococcus bacteria. He was amazed to find that the mold had inhibited growth of the bacteria, though he didn’t realize the full significance of his discovery at the time.

He later wrote, “When I woke up just after dawn on September 28, 1928, I certainly didn’t plan to revolutionize all medicine by discovering the world’s first antibiotic, or bacteria killer. But I guess that was exactly what I did.”

Penicillin was soon put to work killing bacteria and knocking out infections. Unfortunately, there was not enough supply to distribute it widely — it took 2,000 liters (60,000 ounces) of Fleming’s mold culture to treat a single patient. In the 1930s, British scientists built on Fleming’s work using similar molds, which eventually led to mass production of the “miracle drug.”

Fleming and the British scientists were jointly awarded a Nobel Prize in 1945.

Pharmaceutical research intensified in the 1930s and 1940s, and drugs began to be manufactured on a large scale. As depicted in the graph below, total revenue generation in the global pharmaceutical market steadily increased from 2008 to 2015 — showing no signs of slowing down as we approach the end of 2016. 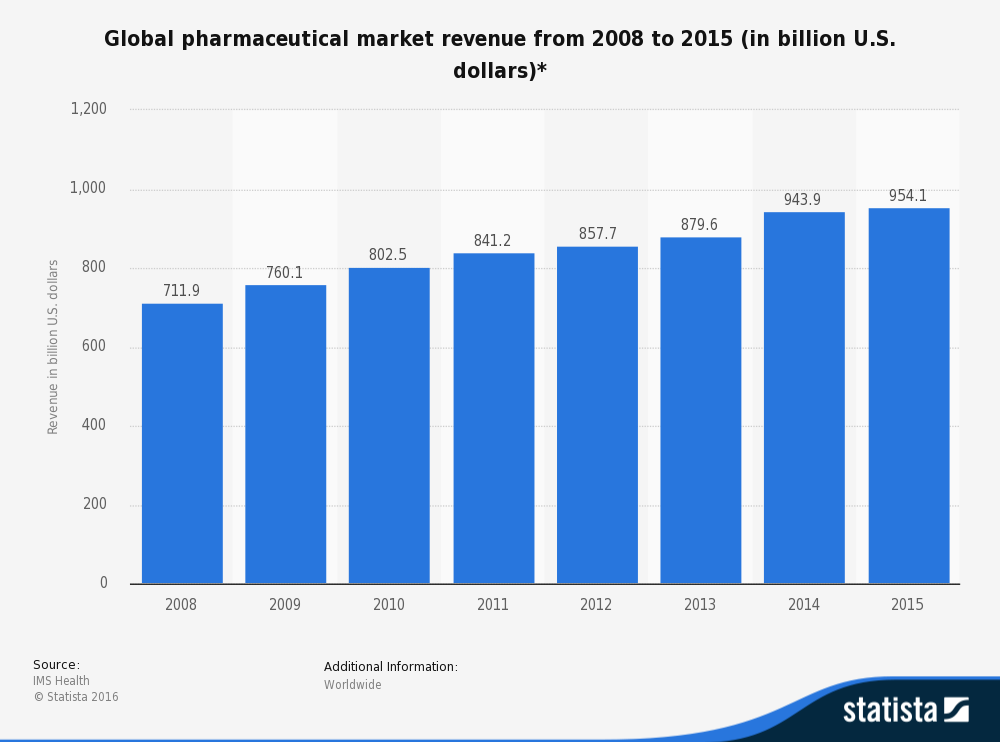 Through massive investments in research, pharmaceutical companies are inventing new drugs to treat diseases like cystic fibrosis, cancer, celiac disease and Crohn’s disease. They are learning how to increase drugs’ bioavailability through timed release, inhalation and even the use of nanoparticles.

Unlike their pioneering ancestors, today’s pharmacists are experts in medication delivery. Recently, the World Health Organization (WHO) certified Sri Lanka for eliminating malaria disease while researches at the University of Adelaide discovered a compound with the potential to kill cancer cells. Thanks to innovative technologies, the pharmaceutical possibilities are endless.